Check out some great ways to use it as an alternative to more harmful products sold in stores.

Aside from baking soda, vinegar, and lemon, hydrogen peroxide is also a powerful cleaning product for your home! Check out some great ways to use it as an alternative to more harmful products sold in stores. 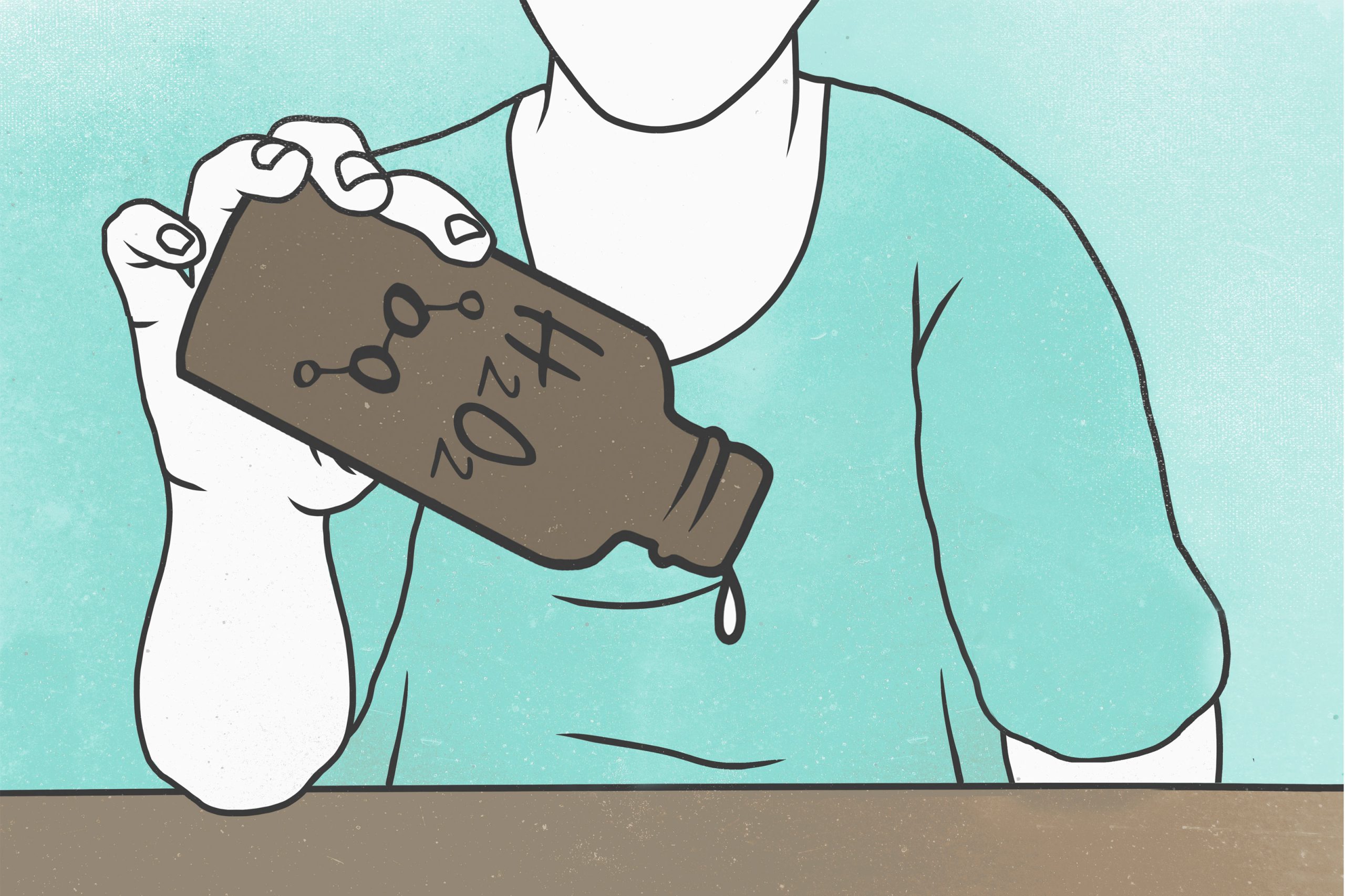 Image: Malte Mueller/fStop/Offset
When it’s time to clean, have your trusty green cleaners at the ready -- baking soda, vinegar -- plus another ultra-cheap gem: hydrogen peroxide. You can use it anywhere, and can’t beat the price: A 16-oz. bottle only costs a buck or so.Here are 10 ways you can use that ubiquitous brown bottle of 3% hydrogen peroxide to your home’s advantage:In Your Kitchen
1. Clean your cutting board and countertop. Hydrogen peroxide bubbles away any nasties left after preparing meat or fish for dinner. Add hydrogen peroxide to an opaque spray bottle -- exposure to light kills its effectiveness -- and spray on your surfaces. Let everything bubble for a few minutes, then scrub and rinse clean.
2. Wipe out your refrigerator and dishwasher. Because it’s non-toxic, hydrogen peroxide is great for cleaning places that store food and dishes. Just spray the appliance outside and in, let the solution sit for a few minutes, then wipe clean.
3. Clean your sponges. Soak them for 10 minutes in a 50/50 mixture of hydrogen peroxide and warm water in a shallow dish. Rinse the sponges thoroughly afterward.
4. Remove baked-on crud from pots and pans. Combine hydrogen peroxide with enough baking soda to make a paste, then rub onto the dirty pan and let it sit for a while. Come back later with a scrubby sponge and some warm water, and the baked-on stains will lift right off.

In Your Laundry Room

6. Remove stains from clothing, curtains, and tablecloths. Hydrogen peroxide can be used as a pre-treater for stains -- just soak the stain for a little while in 3% hydrogen peroxide before tossing into the laundry. You can also add a cup of peroxide to a regular load of whites to boost brightness. It’s a green alternative to bleach and works just as well.

Anywhere in Your House

Jamie offers a high level of service and attention, strong negotiation skills, and an eye for detail and design.